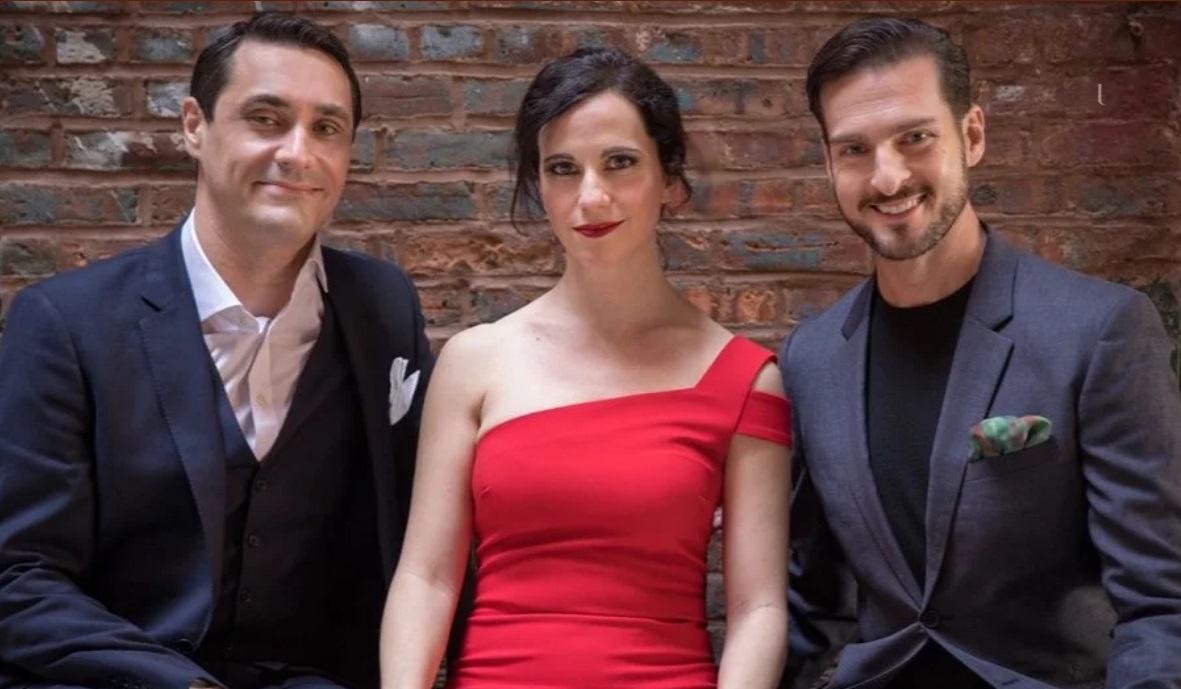 
Concert Details: Empire Trio was formed in 2012 when three musicians came to live in New York City to pursue their dreams of becoming world class performing musicians. When these three musicians met a musical explosion occurred (!) resulting in the creation of O Sole Trio. During the 2019-2020 season O Sole Trio became Empire Trio, and with this new chapter came also new and exciting talents...

David and Erin (two of the original founding members of the trio) are so thrilled to welcome to Empire Trio three wonderful singers who will be taking over the duties of lead male singer: Michael Kelly, Adam Cannedy and Brian Giebler.
Empire Trio quickly established themselves as a musical force, selling out major venues such as Carnegie Hall, Lincoln Center for the Performing Arts (who also commissioned their first show), The Redlands Bowl, CA (to a crowd of 6,000+), Ronnie Scott's, London, and over 300 other venues all over the United States, Canada, and the UK.

Empire Trio features the lush and mesmerizing voice of soprano Erin Shields, the versatile and virtuosic David Shenton on piano and violin, the world’s first (and possibly only) musician to play violin and piano simultaneously. The third member of the trio is the male vocalist, of whom we have three rotating members (based on availability due to their illustrious international careers. These are baritones Michael Kelly and Adam Cannedy, and tenor Brian Giebler.

From deliciously witty to incredibly moving, Empire Trio's shows have it all; they breathe new life into familiar toe-tapping favorites with their unique and innovative arrangements. The trio has garnered rave reviews from audiences and critics alike.

Empire Trio continues to tour extensively throughout the United States. They are extremely proud to provide educational outreach concerts and masterclasses to children of all ages and economic backgrounds.