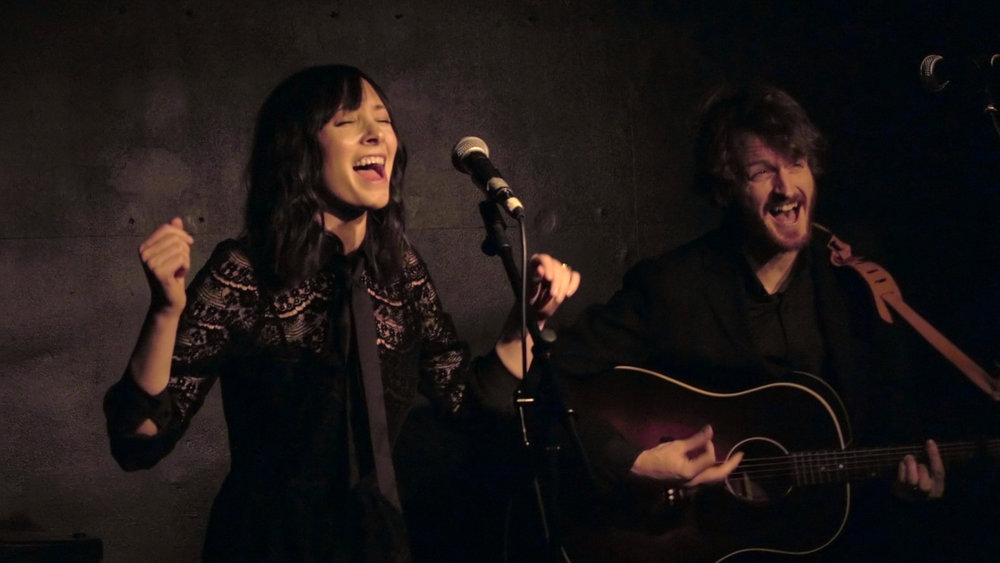 Where To Purchase: At the Door

Concert Details: This off-series concert is being presented in conjunction with the Flathead Lake International Cinemafest, which opens January 24, 2020 in Polson.

Performer Bio: Jim Hanft and Samantha Yonack (Jim and Sam) are a Los Angeles based husband/wife singer-songwriter-filmmaker duo. Originally from Philadelphia and Dallas, they met at a mutual friend’s comedy show and began making music together a week later. In 2015 they self-released their debut EP, “This is What’s Left” produced by Lasse Marten and in 2019 released their sophomore EP, “Yeah Whatever Young Forever” produced by Dan Molad through Nettwerk Records. Jim and Sam crossed over into filmmaking during their Anywhere Everywhere Tour where they played one show every day for a year. Their documentary feature film, After So Many Days chronicles their 365-day tour and is currently screening at film festivals worldwide.