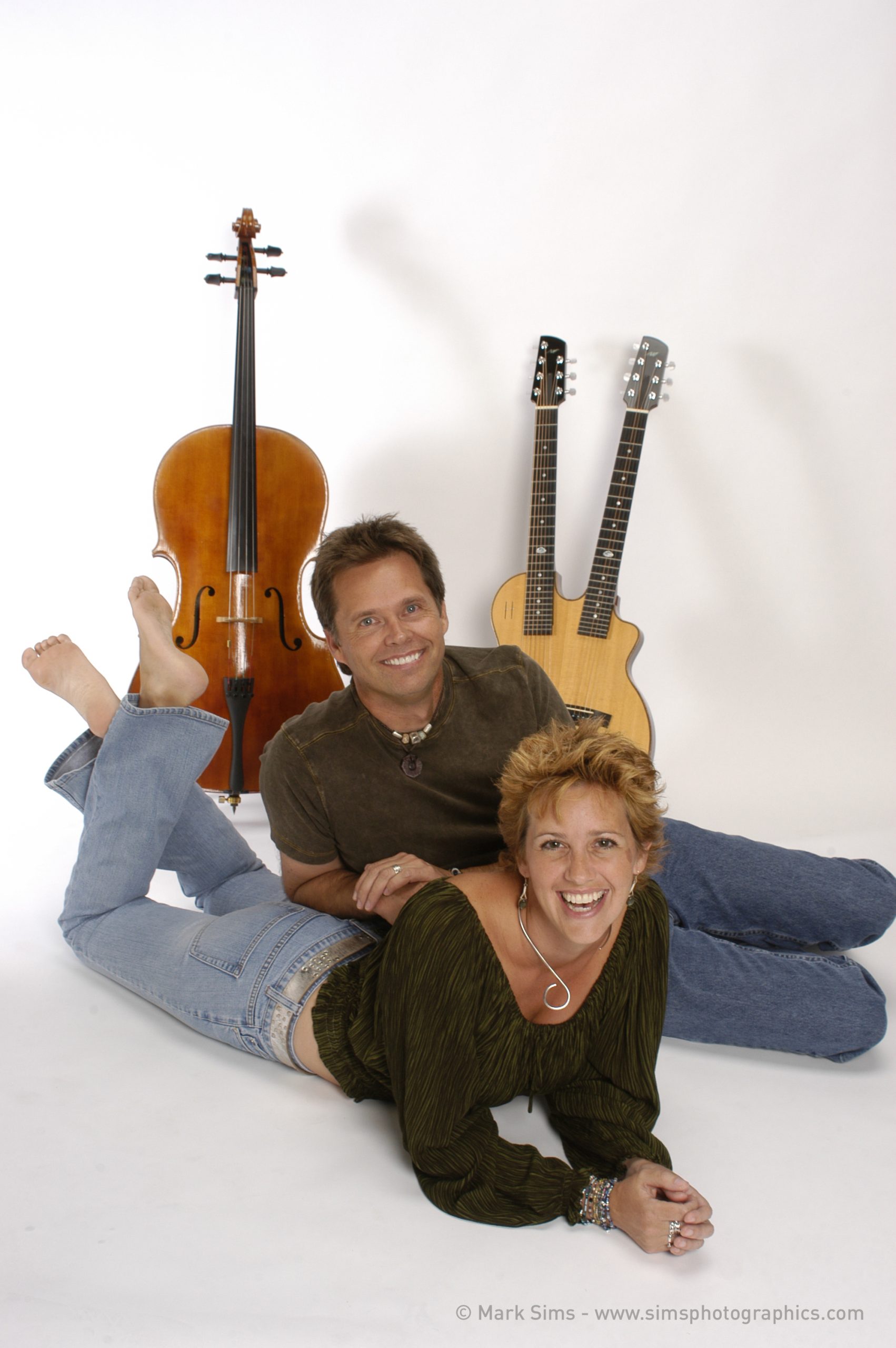 
Concert Details: Acoustic Eidolon, featuring Joe Scott on double neck guitjo and Hannah Alkire on cello are from Colorado and have graced stages throughout the US, Europe, Australia and Canada. With eleven CDs and a DVD to their credit, these masterful artists continue to captivate audiences throughout the world with their signature “new acoustic” sound and boundless possibilities in blending Celtic, Americana, World & Flamenco musical influences, something that Dirty Linen Magazine praises as “a sumptuous musical feast.” They are described by the Swallow Hill Music Association as “an evening of brilliant instrumentality,” and Georgia’s Good Life Magazine enthuses, “Acoustic Eidolon offers concert-goers a chance to absorb some of the most powerful and intriguing music on the scene today.”

Their original sound is created by the mixing of their diverse musical backgrounds and their unusual instrumentation including the one-of-a-kind double neck guitjo, an instrument of Joe’s own design praised by USA Today as a “beautiful harp-like sounding instrument … like nothing we’ve ever heard before.” The double-neck guitjo has 14 strings and Joe has developed his own style and technique, playing both necks simultaneously. Classically-trained cellist Hannah Alkire studied with G. Magyar of the Hungarian String Quartet and is recognized internationally for her stunning tone and emotional, impeccable playing and for taking the cello places it’s never been before.

What started as a musical journey between kindred spirits blossomed into their marriage in 2001. The result is a coupling of intricate and passionate music with genuine and engaging stories. They are each virtuoso players but their stories and connection to the audience add the backdrop of transparency from their lives, from the struggles to the triumphs.

Performer Bio: Where in the world has AE been? Here’s a short list of some past venues. See Tour Dates for upcoming events and all past events.