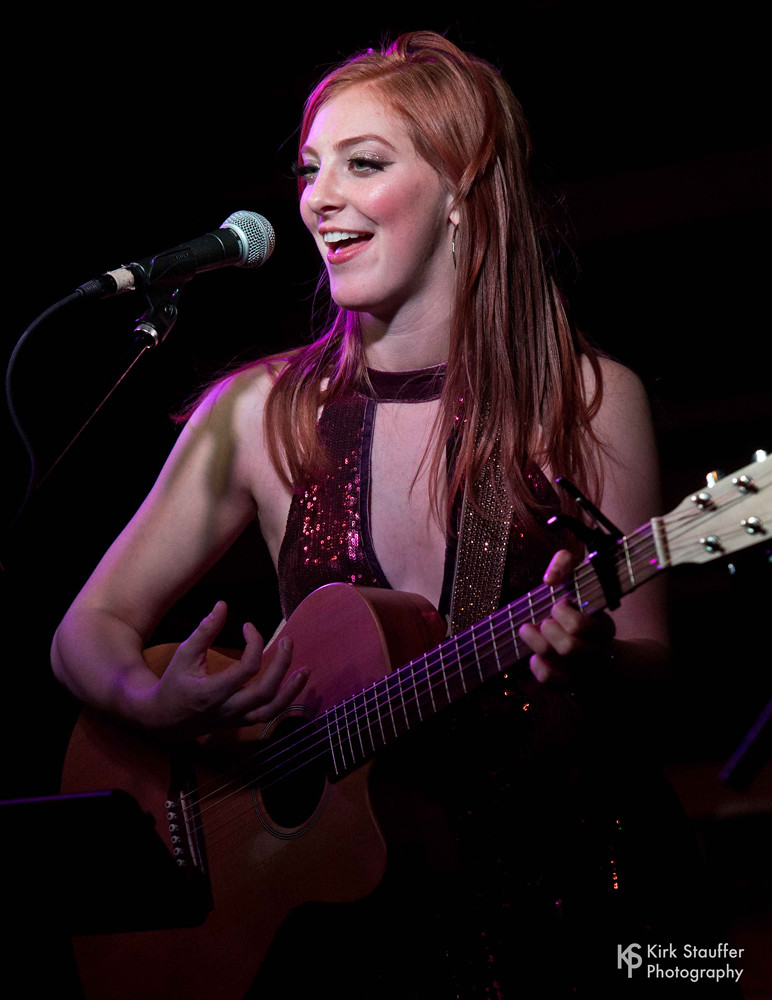 Location: The Barn at Finley Point

Where To Purchase: At the Door or from a Board Member

Concert Details: Country Singer Songwriter Miller Campbell will be performing with her band at the Mission Valley Season Kickoff Fundraiser.

Performer Bio: Seattle country artist Miller Campbell has boldly declared her intent to claim a prominent place in the canon of western music. Armed with a voice at turns clear and bright as high mountain air and round warm, and rough in all the right places, Campbell sings with a natural assuredness usually found only in artists with decades of experience. She comes by it honestly, but almost never got here at all.
Born into a musical family (Miller is Glen Campbell's cousin), she grew up a classically trained musician steeped in musical theater. A statuesque natural redhead, Campbell soon grew tired of being told she was too striking for the chorus line and started singing at open mic nights while in college. "At this point I didn't even know my history with Glen and that side of the family. I was drawn to country music as the songwriting style was so similar to musical theater."
With a fake I.D. and big dreams, Campbell immersed herself in the Seattle music scene. At 19 she formed a band she called Twisted Dixie and things started to go their way. "We were hot in the Seattle scene,” laughs Campbell. They played huge venues, casinos, and rodeos and were soon selling out in their hometown. While writing their first LP Campbell got some unexpected news. "I learned that I had a fatal condition that demanded immediate double jaw surgery,” she explains. After surgery Campbell was put on a liquid diet and wasn't allowed to speak for eighteen months. Unsure if she would ever be able to sing again, she focused on songwriting and her college classes, graduating from the University of Washington with two degrees and honors at 21.
After graduating Campbell was recruited by the C.I.A. Two weeks before she was scheduled to deploy to Ankara, Turkey she came to the realization she just couldn't imagine a life not suffused with music and quit. She got a sales job, and overachiever that she is, was soon made national director. Crisscrossing the country on business, Campbell dropped in on open mics whenever and wherever she could.
Trying to find more time for music, Campbell posted an online ad. Within a week she was called in for what she thought was a backup vocalist role. Upon arriving she discovered it was for a backup guitarist position. Knowing only one cover on guitar, she gave it her best shot and got the gig. She quit her sales job, bought a new guitar, and spent 10 hours a day learning how to be a real guitarist.
Though the tour fell through it inspired Miller. With the encouragement of her brother, John, she struck out on her own as a solo artist. A month after she made that choice John Campbell died unexpectedly from an irregular heartbeat. "He was autistic, and my absolute soul mate," relates Campbell. "He was the life and soul of the project, and the only reason I began work on Sweet Whiskey. Without his encouragement, belief, and memory, I just can't imagine having the courage to do this. The song "One Step" is written in his memory."
Campbell pulls no punches in the honesty of her art. "I hope that people get a genuine feel for who I am from this record (Sweet Whiskey)" she says, "It truly follows the story of my last year and a half, which I think is something a lot of modern records lack. Above all, I hope I can make a name for country music in the Northwest. We have incredible talent and our own unique story to tell."